Before joining UoC to study photography, Lucy was heavily involved in the fencing community and knew she wanted to carry on her passion during her time at university. The solution? Start a student group! 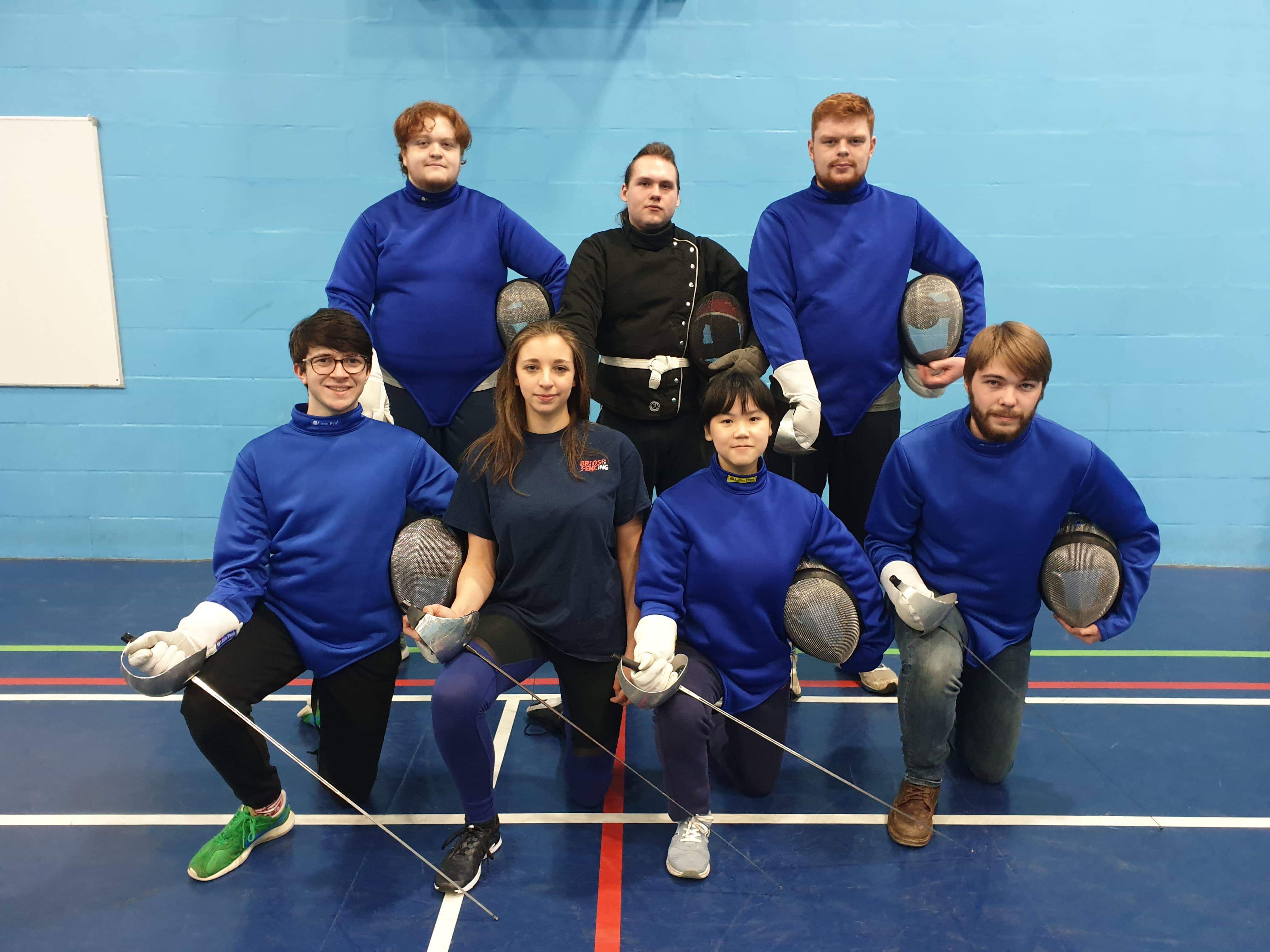 As I’m from Cumbria, getting into the UoC was amazing as it meant I could continue with fencing clubs I was already involved with locally. I knew there was no Fencing Club at UoC but thought my previous experience would help me so I was determined to get a club up and running. I went to see UCSU and met the Opportunities Facilitator, Donna Salter, I put the idea of a fencing club to her and she seemed ecstatic! I had everything planned out and the club was ready to be set up after our first meeting. I really could not have done any of this by myself, so Donna has been the most amazing help, getting me ready to set this up and sort out my committee. I could not have asked for a better woman to assist me though this time and UCSU does this for every club and society!

Through British Fencing I was able to go to the University Fencing Officer course which taught me methods of game play, planning lessons and how to coach effectively. I had such a great time on the course as it allowed me to make connections with other clubs and start some possible interclub events for our fencers. To get me started British Fencing’s Ian Stewart helped me with gathering the equipment I needed and was able to send me seventeen full kits from British Fencing to start the club up which was a massive help, as was shared Lames from Herdwick Fencing Club and a box from Austin Friars.

We began the first session with fencing games as well as some drills, everyone really enjoyed it and started to improve in such a short space of time. Shortly after we were all in our element getting to know the basics. Then Donna got in touch about a possible interview and second week in I was talking to a journalist from BBC Radio Cumbria Sports! They made a three-part interview series about the club and how I got it started, the group member’s experiences so far, our hopes for the club in the future and helped me to get the word out about fencing in the local area. Looking back on this now I can see how confident this experience has made me, as well as how much my whole club has improved in just one year. Since then I have expanded the club to both campuses in Carlisle and have organised for my University club to go fencing with me and my coaches at the Herdwick Fencing club at Bothel.

Over the next year I would like to introduce foil to the club giving my fencers a wider range of weapons to pick from as many requests have come through that they would like to learn a little foil. I have also started to organise a competition to raise funds for the club as we go into our second year to help buy equipment and pay for longer hours in the hall.

I could not have achieved any of this without the support of those around me. My fencers who have hardly missed a lesson and have provided so many laughs. Donna, who is just an all-round amazing woman (I have many a skill to learn from her and the UCSU team!) as well as British fencing and Ian Stewart in particular helping me to get this of the ground with coaching and constant support.