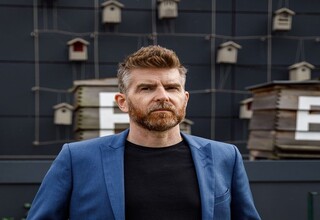 It was 8:30 am on Monday morning that I rang the doctor's surgery. I got an appointment within the hour. That phone call saved my life. The locum doctor could have brushed off the lump I’d found the previous day behind my left nipple. I could have not made the call. So many things could have gone wrong and didn’t. I've since found out that acting early, as well as saving my life, also saved the NHS tens of thousands of pounds as once the lump was confirmed as cancer I didn’t need chemo or radiotherapy. The following week I was told it might be breast cancer and it was confirmed shortly afterwards. Ignoring how rare men getting breast cancer is there is a powerful message to be learnt here. I've been following the same mantra for 3 decades if I noticed any change in my body to go to the doctors and get it checked out. Granted, until I was 46 this didn’t ‘thankfully’ amount too much. But I persevered and it saved my life.

So now, emerging out of the other side of my cancer journey I’m embracing life, saying ‘yes’ more and sharing my experiences to hope that someone [male or female] reading this might pick up the phone and ring their doctors because of a lump, some blood, or other change in their body. After all, if it’s nothing, both you and the doctor will both be happy.