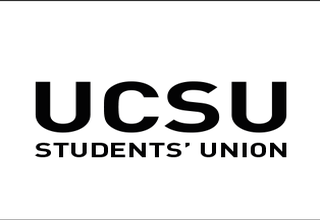 For Movember, we reached out to members who would be willing to discuss their experiences. Below is the story of Tony and his struggle with depression. Please find links to support services where you can get the support you need if you are experiencing any of the issues Tony talks about.

I have had depression for a very long time now, probably more than half of my life. I can’t say exactly when I started suffering from it because honestly, you don’t always know. We don’t simply wake up one day and instinctively know what we have is depression. Many times, I thought my mood and feelings were just the results of the things happening to me at the time, ‘bad days’ that had made me feel down when looking back was clearly my depression.

I first genuinely started considering I might have depression while speaking to a friend, she opened up about seeing the doctor about how she was feeling and what she was saying immediately made me think I was in a very similar boat. It took me a while before I got up the nerve to speak to a professional, however. Mainly this was because I was nervous about what the next step would be. A few of my other friends had been diagnosed with varying levels of depression; something I don’t think enough people realise is that depression is a spectrum, rather than a single disorder.

As I have said previously I have personally been struggling with my depression for many years now because even though I now know the signs when my mood is about to change or what things make me feel better or worse, it is still a struggle.

Getting whatever help you need is very important, but it can only begin if you know you need it.

I recommend that you look into some symptoms of depression, and if even one relates to you speak to a doctor or mental health professional. The worst thing will be being told you are ok and don’t currently have depression.

When I was asked to write this by the awesome Officers I said I was happy to, as I hoped it would help. I genuinely hope this has been the case as getting help is the first step to coping with and beating depression.

Movember is an annual event involving the growing of moustaches during the month of November to raise awareness of men's health issues, such as prostate cancer, testicular cancer, and men's suicide. The Movember Foundation runs the Movember charity event.